I've kinda run out of motivation lately when it comes to making clothing. It might be my closet exploding,  it might be the weather and being already fed up with the winter, who knows!😵

The thing is, I can't go a day without sewing ...something ...anything! So I decided to give lingerie, well underwear in general a try!

I started by ''drafting'' a pair of underwear following the instructions of a book I borrowed. Well... that didn't go totally as planned since they were huge! So I started searching the interwebs for free patterns and found a very nice one. I made one, and then a second one and then I thought, why don't I give making a bra a try!😍

I didn't want to buy a pattern only to be disappointed if I discovered that I sucked at it so I went searching for a free one again! 😁

And then I found the Maya bra pattern 💘
Beautiful pattern with nice and round cups and lots of sizes!

I had a big bag of galloon lace that I got from my mother in law together with a couple of pairs of straps and closures. I also had a pair of underwires from Prym that I bought a while ago.
So I figured, I more or less have what i need, why not give it a try 😋. Since I only wear padded bras I also needed some padding which I ordered online together with some elastic for the band.

I printed the pattern in my RTW (ready to wear) size and started cutting!
I more or less followed Ana's instructions when I was putting it together (she not only has a free bra pattern but also instructions with pictures of how to put it together.) Unfortunately the instructions aren't complete so I also followed the instructions on the Makebra site as well. It took some improvising here and there but I managed!

For the cups I used the padding fabric to make the foam cups, it was easier than expected putting them together! I used 3-step zigzag and a stretch needle, easy peasy! 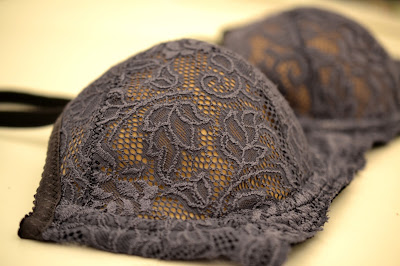 I didn't want to stabilize my whole cradle so i skipped that part and stabilized only the bridge.I used some soft tulle in a not so very matching color but it did the job 😋 . 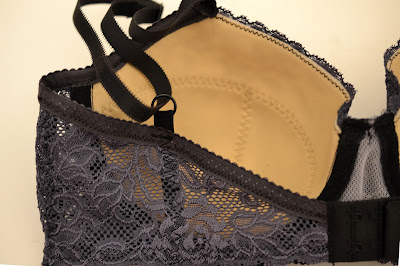 For the cradle and the wings I used only the lace fabric thinking it was good enough only to find out later that it's way to flimsy for me. My band elastic didn't help either, very stretchy and flimsy as well, so I ended up with a not very supporting and too big band. Oh well, live and learn! 😞

All that said, I do find it a pretty good lookin' bra! 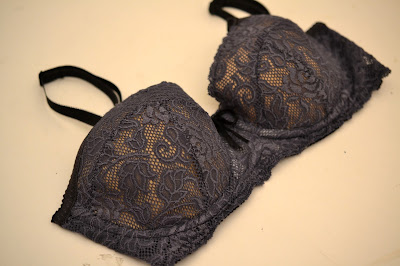 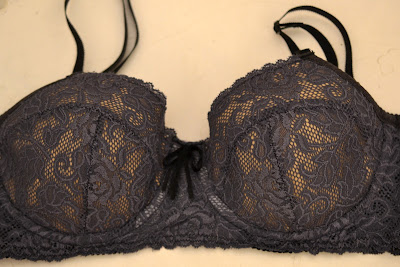 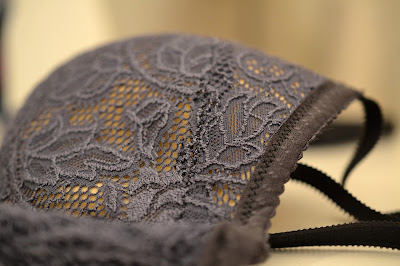 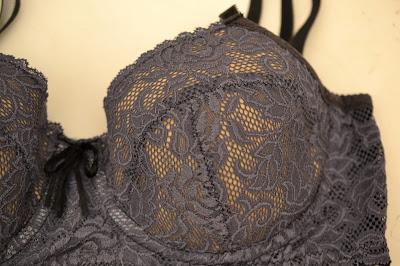 The bra came out being too small for me (that's what happens when you kinda wing the size 😒).
I also did quite some research on the interwebs about bra construction and fit and realized, I've been wearing the wrong size all along! 😱
Yea, if you constantly have to readjust, it's the wrong size...
If when you pull your bra to fit on the sides, you have no fabric left in the center and the girls are falling out, wrong size!

But I ain't quittin'! Next one can only be better, right? 😉