If you've read my previous posts, you know that I've been struggling with finding the right bra size and fit. Well, not anymore! After having made 7 Mayas, I finally have a perfect fit!😁 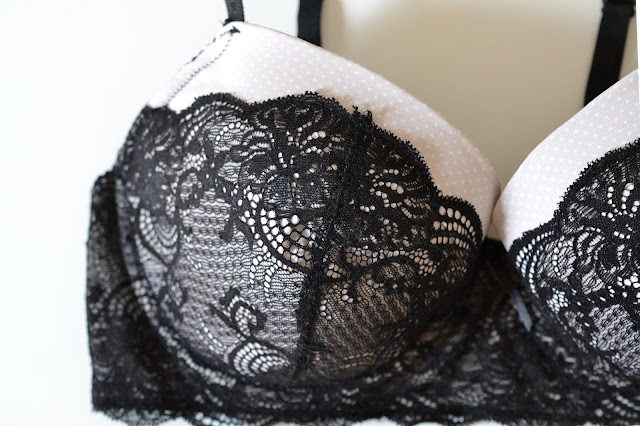 I started with my pattern and made the changes that I mentioned in my previous post. I made the bridge 0,5mm narrower and removed 2cm from the top of the cups and the bridge. I also lowered the underarm by 1cm starting at the cup side of the cradle to nothing at the side seam.
That's all the initial changes I made. 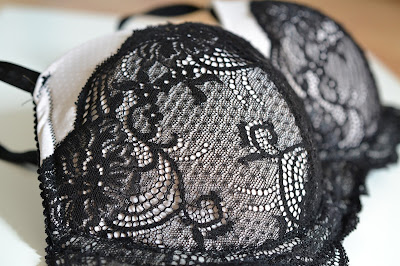 Now something had to be done about the underwire area. My underwires feel like they're floating around my breasts and they're not quite staying in place. I also noticed a little bit of flatness on the lower cup where it connects to the wireline.

As I mentioned in my previous post, I asked around a bit in the bra making groups and I got 2 very good suggestions. One of them was to increase the foam cup seam allowance by 5mm which basically makes the cup slightly bigger and gives the cup a bit more room. I do know that a flat lower cup is an indication of it not having enough room for the breasts to fill the space at the bottom of the cup. And since I'm using 6mm thick padding foam, it makes sense.
So I did that, I added 5mm extra on all the seam allowances on the wireline on all 3 cup pattern pieces.

The other suggestion I got was to trim away the seam allowance of the foam once it's attached to the cradle. This also made sense since all that thickness is sitting right under the wire and on my chest.

One more thing I changed was lining my whole cradle with bra tulle instead of just the bridge. Since my test bra was much more stable than the fuchsia bra and I liked that, I decided that, from now on, my cradles are going to be stabilized!

Since I was quite confident that this was going to be a wearable bra, I looked for some inspiration on the styling of the cups and came across this:


I liked the idea of the lace coming just above the cross cup seam giving it somewhat the look of preformed foam cups.
Black lace and beige seamed like a nice combination and I find the dotted fabric so cute!
For the lace on the cups I cut my lace 1-2 cm longer than the pattern. I cut all the cup pieces from my beige fabric, put the cup together as usual and then laid the lace on top of it. I pinned and stitched the (half) lace cup on top and voila! 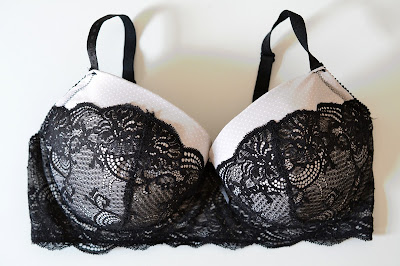 And it fits perfectly!💕🙌
The only thing I should have done differently is I should have changed the color thread I used for sewing the elastic on the upper cup😝
I'm so pleased with the result and fit! And if you think about it, if I had the right size from the start (well, more accurately, if I knew my right size from the start!), this would have been my second Maya, not including the test bra!
Pretty good, right?😊 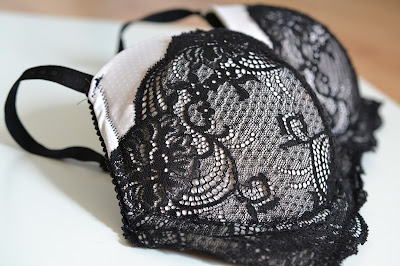 And then I made another one! 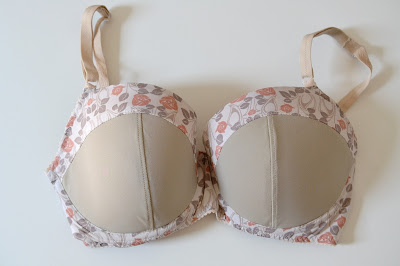 I didn't think it was worth making a separate post for it since it's exactly the same as the one above(well, minus the lace!)! 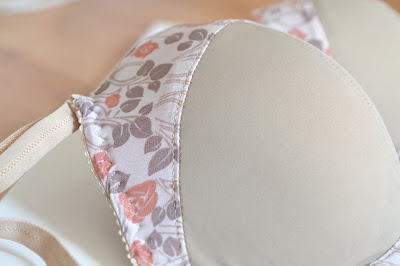 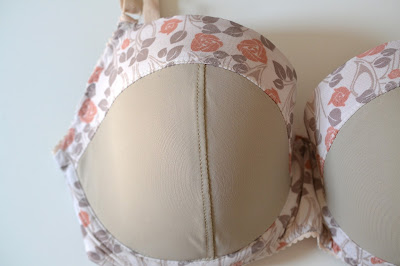