My first Maya came out beautiful but yea... that "little" problem with the size...

They say you have to make at least 3 bras from the same pattern to make it fit properly.
So yea, I printed a size bigger,75 E instead of what I've always been wearing: 75 D, and started on my second Maya bra. 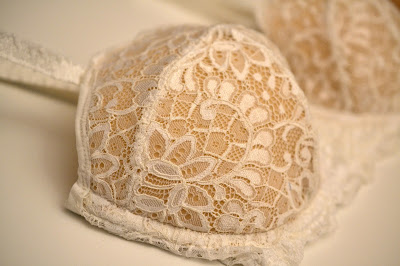 I chose the 2 hook and eye version since that's the only closure that I had, together with a set of straps in white as well. I still had a very limited amount of bra making supplies so a white bra it is!I dug into my bag of lace again and chose a beautiful white lace! 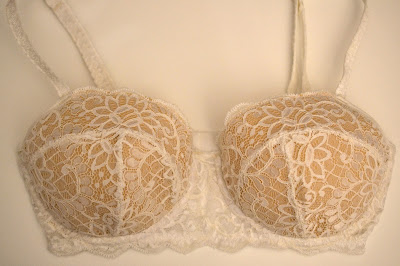 Now the underwires... It's a long story and I'll possibly make a separate post regarding my search for the right underwires but I've ended up using push-up underwires suitable for 75F size (!) as regular ones.

I used the same padding foam as for the first bra and again only the lace for the band. The only elastic I had for the band was so flimsy but I didn't have anything else that remotely matched so I went with it anyway.

I followed the same steps as my first Maya while putting it together, a bit of  Ana's instructions, a bit of the instructions on the Makebra site and a little bit of improvising.

This one came together easier and faster than the first one (practice makes perfect?😜). The only change I made to the pattern was the back wings. Since they had to fit my one and only closure, the wings had to be smaller so I figured, why not make a U shape back? Because I didn't have enough strap elastic to use for the U back, I used the same fold over elastic as for the upper side of the band. 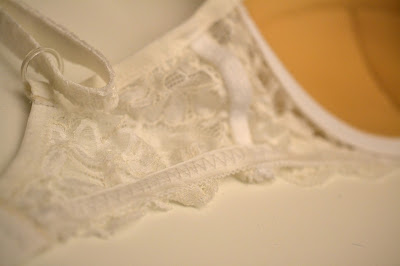 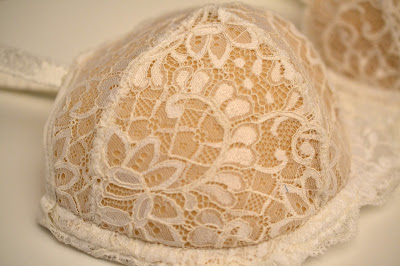 Much better than my first Maya! Well, this one actually fits!(Sort of..)😝

The cups fit almost perfectly, a little big on the top of the cups but no major problems! The bridge is a bit wide and a bit high so that's something I'll have to adjust for the next bra. The band though is even flimsier than on the first bra...😖And then I looked closely at the elastic, guess what..? It isn't even plush backed elastic 😩 No wonder it's so flimsy, it's not made for the job...! The only thing I could do at this point was add some transparent elastic around my band and hope that it helps...😥
Yea, that helped already... I was a bit too enthusiastic about stretching it while sewing it on, guess what... now it's too tight😂👍 Gg me! Oh well, Roxanne is gonna wear it for a while, hopefully she'll stretch the shit out of that elastic 😅.
And then there was this thing with the lace, there's a good chance the elastic in the lace is dead... I didn't notice of course before I made the bra... 👎😒 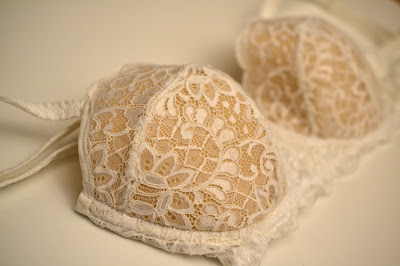 Overall I'm pretty happy with it!😊 (Well, the pattern itself, not my awesome materials choice). I love the pattern and I will keep making Mayas till I get it 100% right 😁!