So, let's give the Wings another try! 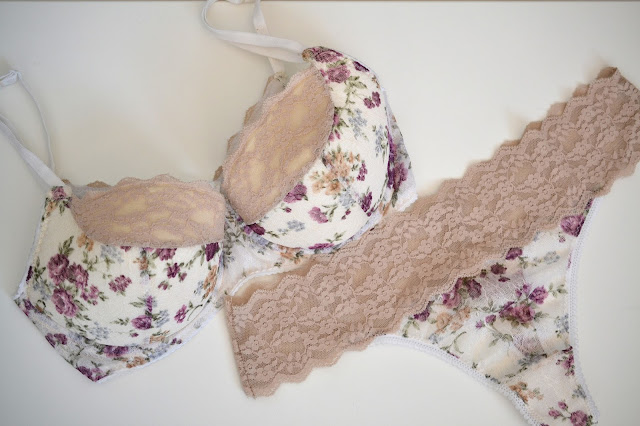 By now I'm kind of fed up making (mostly) pretty bras only to figure out after they're finished that they don't fit properly!😒 It's time to start making test bras. No foam, no fancy lace or fabrics, just junk and parts from the bra graveyard!

Since the previous Wings was too small and also needed a few adjustments, I'm obviously starting with that. Again with sister sizing, I am making the biggest cup size of the pattern. For me that's a 75F.

I started by addressing the pointiness of the cups. Some prefer a more 'natural' look and wouldn't mind the look of the cups as they are but I like my cups round or at least more rounded.
For the cup adjustments I used the foam cup pattern pieces I've made since they have no seam allowances added where I have to make the changes. I taped the 2 bottom cup pieces and top together at the seam lines and removed 1mm from the bottom and 3mm from the top curve.
Starting small was the idea here, I don't want to make my cup totally flat but a bit more rounded. 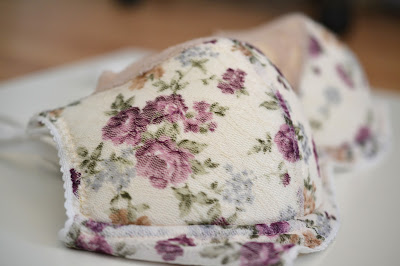 The next adjustment I made was to move the front strap position inwards. I taped the side and top cups together at the seam line and redrew the strap line inwards. I improvised a bit with the curves trying to make them as smooth and close to the original as possible.

Now for the back strap position, even though I find the look beautiful, I don't really need a more open back bra so I decided to just move the wings to a more standard position. I measured on myself what I would find a comfortable position for my back straps, placed a point on my paper at the same height as the original wings and redrew the back wings almost at center back. I moved the wings 5cm from the original position towards center back. To do that, I first connected the back band and back wing and then sliced bellow the point were the wing started parallel to the DoGS line and then moved the top piece by my preferred amount and redrew the lines.

I ended up with a different look for the back but that didn't bother me since I bought the pattern because I really liked the look of the front. 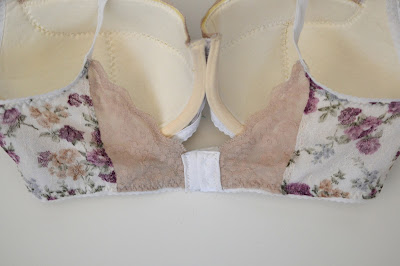 I grabbed some random fabric with no stretch and some leftover lace and started cutting my test bra! I didn't bother much with the construction, used single layer fabric for the cups and temporarily attached the straps and back closure. I can later remove them and reuse them for another bra. I won't even bothering showing it to you, there's not much to see 😜!

And it's great!😃 The straps aren't unbearable anymore and the shape is much more to my liking! It's definitely looking totally different than the Mayas I made before but I'm liking it! Of coarse this is only a test bra with unsuitable cup fabric but, for what it is, it's great!

Since I'm happy with the adjustments I've made ( I know right?!😊), it's time to make a proper bra with the pattern!

I scored not that long ago a few lace fabrics from Budgetstoffen in Hardewijk and also 3 pieces of galloon lace and decided to use some of them for this bra. This lace with little flowers...💜 So cute! I matched it up with the narrow galloon lace I got from there as well. I used 5mm foam and lined the whole cradle with bra tulle. I also lined the back band with some sort of powernet.
I love the way it turned out!😊
I also decided to make a pair of matching undies! 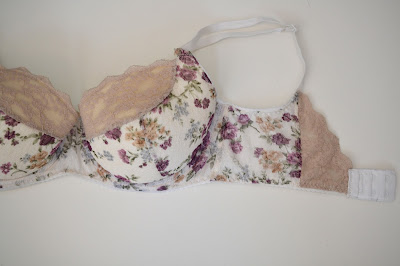 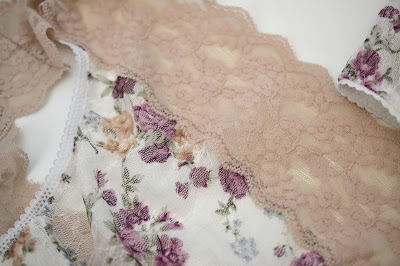 The fit: the cradle and bridge fit great! The cups fit good as well but on the next one, I'd add a little bit more coverage to the top (I did remove 6mm all the way because I lowered the bridge, I gotta do something different there next time!). There's no wiggling around and little to no movement when I lift my arms! That's because the band is a little bit loose but that's not a big problem. 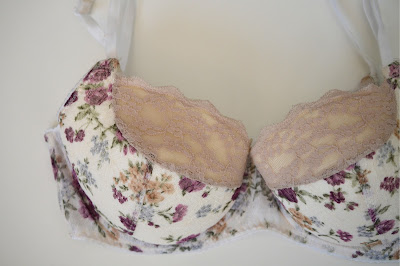 For my next Wings, I would move the straps even further towards the center since the straps have the tendency of sliding off my shoulders at times and address the cup height issue. I would also make the band a bit smaller.

Great pattern that fits my shape so well!💜 I can't wait to try more patterns from Merckwaerdigh!

But first I gotta make the Maya work for me!😬😅